August deals in Tenerife at the Bahia Del Duque

The outstanding Hotel Bahia Del Duque  in Tenerife have reduced their rates significantly from the 21st – 31st August on the normal August rate. This makes this magnificent hotel even more affordable.  Tenerife has adhered to a stict 5 star policy over the last few years giving the island a new luxury image much in the same way Mallorca did in the late 90’s.  There is also a 100 Euros Bahia Del Duque resort credit per adult on a 7 night holiday which can be spent in the restaurant, bars or Spa.  Undeniably one of the worlds must visit venues and on the European doorstep.  From £215 pounds per night. 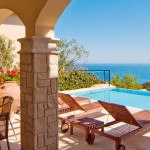