Welcome to the most beautiful Italian Island of Sicily , home to one of Italy’s finest 5 star resorts – Verdura.

What we say : ‘If you’re looking for 5 star truly 5 star Italian hotel, sensational Italian hospitality / cuisine , magnificent beaches and maybe an exquisite spa or championship golf course – then Verdura is the resort for you.’

Choose between the luxury Verdura hotel rooms or suites, some Verdura suites even have their own private pool. 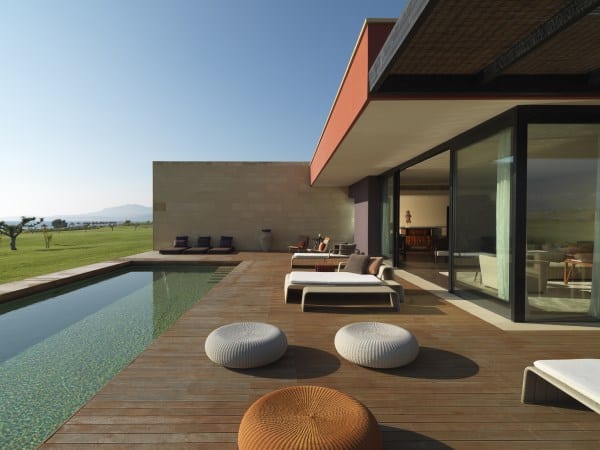 Sicily is known as Italy’s capital of culture. If you are hoping to enjoy a wonderful summer recreation trip, with a long coastline of gorgeous beaches, great weather and fabulous food you are at the right place. With Design Holidays, you are guaranteed a delightful summer holiday vacation.

Sicily is one of the independent regions in Southern Italy. Sicily is the largest Island in Italy. Sicily is surrounded by Mediterranean Seas, the Ionian and the Tyrrhenian. Sicily architecture, scenery and history attract many tourists. Some major tourist destination is Valle dei Templi, Necropolis of Pantalica, Villa Romana del Casale and many more.

Eating in Sicily During Your Trip

Sicily is sometimes referred to as God’s Kitchen, because of its delightful cuisines and delectable wine. Each province has its own dishes.

Some famous dishes from Sicily are Arancine, Sicilian pizza, Cannoli.

Enjoy all the best of the Sicily, with Design Holidays. We offer a wide range of hotel and resort, to choose from. One of such is the Verdura resort. It is located in the southwest coast of Sicily, facing the Mediterranean. The resort is 40km from Agrigento, close to the airport in Palermo and 15km from the Enchanted Castle outdoor sculpture museum.

Moving and Travelling in Sicily

Sicily have several airports, for tourist coming into the island. We offer schemes, to protect your finances and can guide you, on how to financially safeguard all of your travel arrangements.

The busiest is Catania-Fontanarossa Airport, situated on Via Fontanarossa around the Southwest of the Island.

Palermo International Airport is at the north of the island. It is situated at Punta Raisi, 35 km from the capital city, Palermo. To the west of the Island, is the Lampedusa Airport. It is situated on the Island of Lampedusa, Agrigento

Most of the highways in Sicily are elevated by columns, due to the steep terrain of the island. Autostrada is the most prominent road in Sicily. It runs through the northern section of the island.

Other main roads in Sicily are the SS.113 that connects Trapani to Messina through Palermo, the SS.114, connects Messina to Syracuse through Catania and the SS.115, connects Syracuse to Trapani through Ragusa, Gela and Agrigento.

Booking with us means you are guaranteed of a safe trip, without getting stranded. We are members of Air Travel Organisers’ Licensing (ATOL), we are able to protect you, from the failure of air travel firms.

Each province in Sicily has its own patron saint. Religious festivals in Sicily are celebrated through the streets, with colourful parades, marching bands and firework; a great addition to your trip.

There is also an outdoor festival in Sicily fairly often. These festivals are held in the local square or piazza, with performances, and various specialities of food displayed in booths, and fireworks. The most important traditional event in Sicily is the carnival. Famous carnivals are held in cities like Misterbianco, Acireale, Paternò, Regalbuto, Sciacca and Termini Imerese.

At Design Holiday, we are dedicated to giving you the value for your money through luxury. We are always available, to help you make your travel experience a memorable one.