Famous for its luxury holidays and resorts, Tenerife is the biggest and most populated of the Canary Islands, and Macaronesia. Tenerife is a lively and popular holiday destination all year round, thanks in part to the perfect year-round sun. Tenerife’s temperate barely dips below 17 ° C in the winter and frequently reaches 29 ° C in the summer. Choose from luxury holidays or booking room and board at an all-inclusive hotel, check with our travel agents for with amazing last-minute deals on Tenerife holidays.
From private villas to luxury hotels and holidays as well as an exceptional choice of beach resorts ranging from the Royal Hideaway Corales Beach, the fabulous Ritz-Carlton Abama Golf and Spa Resort to Villa Maria which are ideal for families and beach-lovers. We have a selection of the best 5-star hotels and villas to rent at the best rates. Browse our holiday types and popular destinations for inspiration.

A Guide to Luxury Holidays in Tenerife

Our travel destination guide is a must-read for families looking to experience exciting water-based adventure holidays to Tenerife, booking a family-friendly hotel or resort that your children will enjoy vs a relaxing or adult orientated trip, Tenerife is a travel destination that can accommodate all holidaymakers and offers a variety of experiences.

Nearly five million tourists stay at the top Tenerife resorts annually, making it the most visited island in the Spanish archipelago. Whether you’re visiting Ténérife for wave breaks and surfing, crater hiking holidays and mountain cable rides or a sunny island escape from salty air and sea breeze, we can tell you the best places to sleep, dine and explore Tenerife on vacation.

Tenerife has a wide range of holiday homes, sprawling resorts and hotels, located in different regions. At Design Holidays, our travel booking experts have collected some of the best deals on 5-star hotels and apartments in Tenerife and can offer bookings for you and your families trip at affordable prices.

Experience our hand-picked portfolio of luxury resorts covers the most famous regions of the island, as well as some breathtaking, lesser-known destinations for tourists looking for something unique. One such resort is the Ritz Carlton Abama, located in Guia de Isora, on the West coast of Teneriffa, 25 minutes from Reina Sofia Airport.

The Baobab Suites is another upmarket resort; located near the beach of El Duque, in Costa Adeje and Roca Nivaria, located in Avenida Adeje are all, 15-30 minutes from Tenerife South airport. Simply exploring these huge and extremely lavish resorts, makes guests feel like royalty, coupled with the service which is second to none.

Most of our Resorts feature spa areas and heated infinity pools with stunning views of the Atlantic Ocean. Please contact our travel consultants for more information.

While most resorts and hotels feature spas, excellent eateries and both indoor and outdoor swimming pools. Luxury is more than just a place; you might find a villa in a great location that doesn’t come close to our expectations. A Villa can feature a private pool, gardens, barbecue facilities, free WiFi and free private parking. Our villas holidays breathe luxury; from the sumptuous bedroom suites with balconies to the immaculately landscaped gardens perfect for relaxing, our villas have the wow factor.

Beach Villas provide guests with plenty of luxury combined with pure privacy. An ideal villa in a great location is in an environment that offers security, comfort and ease, a safe area with an excellent reputation and, of course, a villa that ticks all the boxes for you.

Take a vacation to one of the many magnificent luxury hotels in Tenerife, reserved and exclusive, with personalised and preferential service. Think of Design Holidays as an insider’s guide to Nivaria Holidays deals and top five-star hotels — from huge resorts such as the Ritz-Carlton Abama to opulent boutique establishments — including the best for Michelin-starred dining, state-of-the-art spas, golf courses, and tennis courts, in areas including Costa Adeje, Playa de Las Américas and Puerto de la Cruz.

Our diverse selection of luxury hotels and lodging include family-friendly and adult-only holiday destinations. Whether you are checking in to stylish and designer boutiques, all in the fabulous tropical setting of Ténérife with its sandy beaches and vibrant culture.

Just a short 4-hour flight from the United Kingdom and Northern Europe, Golf in Tenerife offers something for every golfer with a seaside, a parkland and links. Whether you’re an avid golfer, passionate about sports, or enjoying a few relaxing rounds while on vacation, we’re happy to say that Tenerife is the perfect destination for a golf holiday. Across the island, you’ll be able to find several courses and places to stay to suit all budgets.

With an outstanding year-round climate, stunning ocean vistas and beautiful natural terrain, Tenerife is an island that was made to be the home of excellent golf courses. Surrounded by the Atlantic Ocean, Tenerife’s waters offer sights as magical as the striking natural landscapes of the island.

Like any other Ritz-Carlton hotel, the Abama offers leisure facilities of a world-class standard, and you will find them unbeaten across the island. The tranquil setting of the hotel, coupled with world-class facilities and on-site championship golf course, are the perfect components for a luxury golf holiday to Tenerife. The resort is very popular with guests looking for a full range of luxury facilities in one location.

The opening holes keep on rising through the surrounding hills, seemingly forever, until you reach 315 metres above sea level, delivering breathtaking views of the Canary Islands. After you finish the course, head to the beautiful clubhouse to enjoy stunning views over the fairways and the coast.

Costa Adeje, with its 27 remarkable golf holes, Golf Costa Adeje, is deemed to be one of Tenerife’s prominent golf destinations. Found near Tenerife’s southernmost tip, Golf Costa Adeje is in a fantastic location, the celebrated Playa de las Américas holiday region is also only ten minutes away, making hotels, beaches and bars within arms reach.

Los Lagos course Overlooking the ocean, the unique Los Lagos course is a new nine-hole loop which has further enhanced the quality of Golf Costa Adeje. The complex also maintains an excellent golf academy, where highly, experienced and qualified and multilingual PGA professionals are available to offer customised classes or group lessons.

The Buenavista golf course is truly unique in Tenerife and is located a 75-minute drive from Costa Adeje and Playa De Las Americas.

What Are The Best Restaurants?

Long gone are the times when Tenerife tourism was only associated with familiar fodder listed on laminated menus.

Among our list of the best restaurants, we should mention the Dabeke, in northern Tenerife and not far from Puerto de la Cruz, offers a chic and refined cuisine. Jardín de la Abuela (grandmother´s garden) is a small eatery, it looks a bit plain and unconventional at first impression, but don’t judge the book by its cover.

There are two Michelin star restaurant on Achinet, M.B is named after the renowned chef Basque chef, Martín Berasategui whose Piqueteadero boasts a host of stars. La Cúpula, Hotel Jardines de Nivaria, Costa Adeje – Michelin plate Another restaurant in the hotel, La Cúpula occupies a fabulous location with panoramic views of the ocean.

Things To Do In Tenerife

Whale watching and visits to Mount Teide black sand Beaches play a vital role in any luxury holiday to Tenerife. Experience your first view of Mount Teide from one of Costa Adeje’s Blue Flag beaches, late-night shopping on boardwalks full of stores and al fresco dining on the Atlantic terraces.

Nature’s less explosive and protected contributions include ‘jungle-Esque’ rainforests in the mountains of Anaga and Teide National Park is dubbed the world’s most visited national park. The soft sandy beaches in the surfer’s paradise, El M édano. The vertiginous natural cliffs lean over Los Gigantes in the west, while high in the interior, tiny hamlets hide beneath a fringe of pine forest.

Whether out for a stroll, a hike or something more adventurous there are many popular destinations for you to choose from around Tenerife that suit anyone’s needs.

In the southern quarter of Tenerife, you’ll find a plethora of souvenir stores and local markets selling beautiful handcrafted goods such as pottery, embroidery and volcanic sculptures. Traditional canaries villages offer a variety of shops and restaurants, and their fun, comfortable tempo adds to the authentic atmosphere of any holiday type. Conservation areas incorporate Pyramids of Güímar, Teide Cableway. Canarian Nightlife can be lively, with many clubs, bars, discos, live music and spectacular flamenco displays spread around the Tenerife holiday resort of Playa de las Americas.

Travel To & From Tenerife

Other than flights, another way to travel to Tenerife is by boat. Destinations include either the Port of Los Cristianos, near Playa de las Americas or Port of Santa Cruz. There are two highways – TF1 (Autopista Del Sur) and TF5 (Autopista Del Norte). Both roads enclose the Island and link the towns, beaches, municipalities and boutique hotels together.

Travel the Ritz-Carlton Abama and hotels are a comfortable 30-minute car journey from Tenerife Airport and close to other popular attractions. These the Siam Park Water Park (4 miles) and Teide National Park (25 miles), while the main party strip for British tourists, Playa de las Américas, is just over 1 mile away.

Book a Luxury Holiday to Tenerife

Make your Tenerife holiday, a memorable one. We are part of the ATOL scheme, which ensures financial protection and can offer you better prices on stylish hotels or holiday homes. Please see our travel booking conditions for more information.

What are the main resorts in Tenerife?

What are the major cities to visit in Tenerife?

Where are the best beaches in Tenerife?

One of the main attractions of holidays in Tenerife is the many beaches that surround the island. The Natural beaches have black sand due to past volcanic activity on the island, but a lot of man-made beaches with perfect golden sand can be found at Islands many resorts during your vacation in Tenerife. Of of the most famous beaches are:

What Is the best area to stay in Tenerife?

For luxury far away from the crowds, the Ritz Carlton Abama is a sprawling, Moorish-style resort hotel with a choice of 10 restaurants (one with a Michelin star), luxurious suites, spa, championship golf course, and gym, and a private beach. Mid-range Hotels in Puerto de Santiago: Be Live Visit Playa La Arena Barcelo Santiago Ona Las Rosas Globales Tamaimo Tropical Along with its beautiful charm, Puerto de la Cruz is one of the finest nightlife destinations in Tenerife. 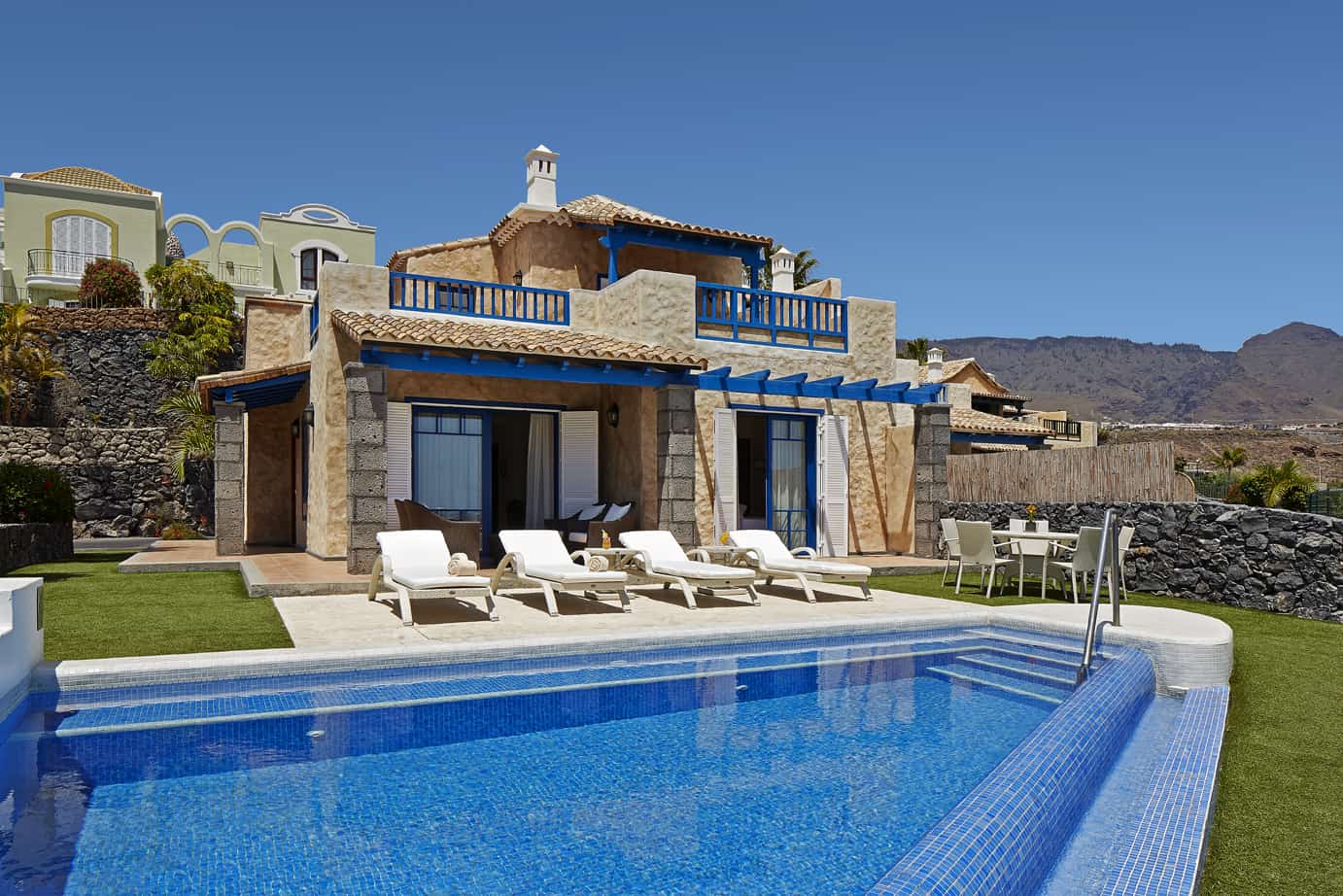