Mykonos also known as Μύκονος in Greek, is a Greek island lying between Tinos, Syros, Paros, and Naxos. The island of Mykonos is part of the Cyclades. 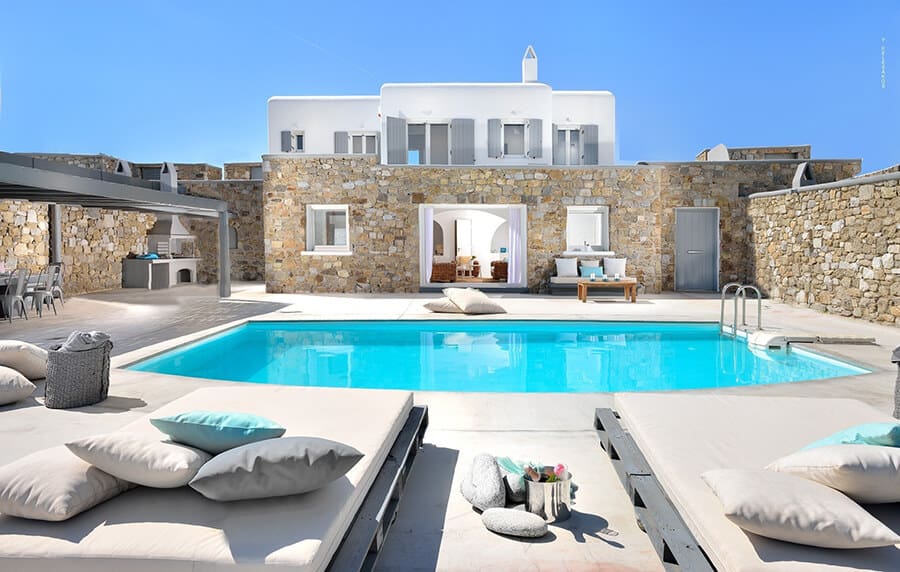 Mykonos has been nicknamed “The Island of the Winds.” Mykonos has many tourist attractions, and tourism plays a major role in the economy of the island. Mykonos also has vibrant nightlife and many establishments, specially suited for the LGBT community.

Mykonos covers an area of 85.5 square kilometers, and reaches an elevation of 341 meters. The island is 150 kilometers east of Athens, in the Aegean Sea. The island has no rivers, but there are numerous seasonal streams, two of which have been converted to reservoirs.

The rainy season in Mykonos runs from October until March, and the sun shines approximately 300 days a year. Winter in Mykonos is not as harsh as that of Alaska, it is mild and wet; it doesn’t snow frequently either and when it does, it doesn’t stay long on the ground.

The Armenistis Lighthouse, which dates back to 1891, is one of the most interesting places in Mykonos. The lighthouse is located in Fanari (lantern in Greek), exactly 6.4 km from Chora. From its vantage point, the view of sunset is arguably the most beautiful in Greece.

There are various windmills in Mykonos, most of which are concentrated in the main town of Chora. Many of the windmills have been refurbished and are now used as homes for locals and vaults, where Mykonian historical documents are kept.

In Mykonos’ main town, Chora, there are three identical wells called Tria Pigadia, built in 1722, to supply the town with water. The Tria Pigadia is not 30 meters deep like modern wells, it is 5-6 meters deep and this is because it was dug into sand, where water was easily accessible.

Mykonos has a couple of museums, these include the Archaeological Museum of Mykonos (contains artefacts from neighboring island Rhenia, ancient ceramic pottery from the Cyclades, and other areas in the Aegean), Folklore Museum (has a collection of 19th century furniture, marble sculptures, jewelry, tombstones, and a variety of trinkets). Agricultural Museum (also known as the Bonis Mill, displays old tools and machinery, in one of Mykonos’ famous windmills), Lena’s House, and Aegean Maritime Museum (houses replicas of famous historical ships and collections of coins, and a variety of shipping instruments.