Design Holidays(blog.designholidays.co.uk) are delighted to announce that our sponsored tennis team, David Lloyd Raynes Park have just lifted the Aegon Team Tennis trophy and are now officially (for 1 year at least) the best tennis team in the UK.

For David Lloyd Raynes Park, this was their first AEGON Team Tennis National Open Men’s title and their players and supporters were thrilled with the win.

“After 11 years of trying to win the best Men’s Team Tennis Event in the UK, we were hoping that with a solid team this would be our year to finally win the National Open Finals. We dedicate this win to all the hard work and efforts of all of our players who have played for us over the years, as it truly justifies the faith we have placed in our squad and our ongoing policy of player recruitment and commitment to regenerate our team with junior players” , said David Lloyd Raynes Park Men’s Team Captain Johnny Barr and director of Design Holidays.

Find out more about Design Holidays 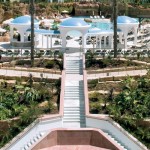